I recorded a video message tonight; it can be seen on Facebook. This was my script:

Hi, Alex here. I’m an autistic woman from the UK and I want to talk to you about some people who are a very real threat to the health and well-being of autistic people, especially children, and also many in the wider population.

This threat, this very real and growing threat, is the anti-vaccine movement. With their leading figures like the discredited, struck-off former doctor Andrew Wakefield and his associate Polly Tommey, and radio talk show host Robert F. Kennedy Jr., they are pushing a message of fear, uncertainty and doubt at parents.

These parents are often drowning in a sea of conflicting information about how best to protect their children from all the risks of modern life. They’re not experts, how could they be? Scientific fields are so broad in today’s world that no person could possibly take it all in. So we rely on experts to advise us. But how do we know which experts to trust? Who is genuine?

Well, one way to spot the frauds is that what they tell you is all about fear. Everything they say is loaded with scary terms. Like “vaccine damage or injury”, “brain damage”, “mercury”, “toxins”, “crisis”, “adverse effect”, “autism epidemic”. They want you to think about these words and phrases every time you hear vaccines mentioned. They want you to be afraid, to doubt. They want you to distrust the real experts, the reputable doctors and scientists. The ones who haven’t been stripped of their licenses, who haven’t had their fabricated research retracted because it was found to be fraudulent.

So these frauds, these quacks, they weave their web of lies around this centre of fear. They tell you vaccines cause autism: they emphatically don’t. They tell you there is an autism epidemic: there isn’t. We’ve just made the description wider so it fits more people, and we’ve got a lot better at identifying it. Think about it: how many people my age had even heard of autism or Asperger’s Syndrome growing up? I know I never did. There was no way I could have: Asperger’s Syndrome wasn’t even a diagnosis in the DSM until 1994! I was in my 20’s.

As I said, I’m autistic. I have many autistic friends. Some very, very dear to me, who I love very much like Fiona O’Leary and Emma Dalmayne. Others are simply good friends. We are a community: autism forms a strong bond between us. We support each other. And we don’t see autism as something you can separate from the person. We are who we are because we are autistic: it’s an integral part of us. It’s not without its problems. The world, or at least the human part of it, is not very well set up for our needs. We’re a minority and like other minorities such as those who rely on a wheelchair for mobility, our access needs are often not met.

That doesn’t make us lesser people. But if you listen to the anti-vaccine crowd talk about autism you’d think we were pitiful, tragic, broken people. Because that’s the language they use about us. It’s dehumanising! How would you feel hearing yourself described like that? Because that’s how it makes us feel too. That’s how it makes autistic children feel. People who describe others as basically subhuman, they are doing what the Nazis did to Jews, to the disabled, to justify exterminating them. Words like these harm us, using them is an act of violence towards us. It’s abuse. So you can understand why we get angry when we hear it directed at us.

I’ll say it again because it bears repetition: there is categorically no link between autism and vaccines. There is not one scientific study that shows any link. That is a fact: you can get a list of the published research online. You can check it yourself. That’s the thing about facts: they have evidence to support them. I don’t have to instil fear in you to get you to come round to my point of view because it’s more than just my opinion: you can go and find the evidence that supports what I’m saying.

And so it is with vaccines. No other category of medicines is as rigorously tested or documented. How they work is very well understood: more so than many painkillers such as opioids. And speaking of painkillers, they kill more people every year than any other drug apart from tobacco or alcohol. Would you worry about that if your doctor prescribed them?

But no, for some reason these people want you to worry about vaccines. Vaccines that prevent uncounted deaths and chronic illnesses all around the world every year. Vaccines that do such a good job that many people have only seen cases of these diseases in the media or the history books. We have forgotten what these diseases are really like. How many people today are confined in an iron lung in hospital for the rest of their life because of polio? How many siblings did you lose to measles or rubella?

We’ve forgotten that these diseases are killers because thanks to vaccines we no longer see them all around us. But if we don’t maintain the high rates of vaccination they will come back. High rates are vital: there’s something called herd immunity. Basically, when enough people are vaccinated there is only a very small chance of a disease carrier meeting someone who’s not protected. Vaccinated people form a barrier preventing the disease from spreading. But when rates drop, the disease gets passed from person to unprotected person, and suddenly there’s a bunch of carriers and a massively increased chance of an unprotected person encountering the disease.

Because vaccines can’t protect everybody. We have to protect enough people, and then the babies who are too young, or those with compromised immune systems will be shielded by those who have been vaccinated. People who could be vaccinated but refuse are incredibly selfish: they might feel they have a right to put their own lives in danger but what right do they have to increase the risk to everybody else?

It’s like saying you have a right to fire a gun. Okay, but not in the middle of a shopping mall. Not if you’re around other people. And it’s the same if you’ve refused to be vaccinated. You have turned yourself into a public health hazard. If you then mix with other people whose level of protection you don’t know you are directly putting their lives in danger. That is dangerous and irresponsible.

And that’s the behaviour the anti-vaccine movement promotes. By spreading their lies they make people who don’t know any better fear vaccines. They talk about vaccine injury as if it’s commonplace: it’s not. Yes, it happens, but only rarely (as in once every ten thousand or hundred thousand vaccinations). Reactions to vaccines happen more frequently, but in most cases that just means it’s a bit sore where the needle went in. Yes, that’s an adverse reaction and as such gets listed on the insert. But it’s trivial and you get over it quickly. And even the more severe reactions hardly ever last long-term.

Which is exactly what you’d expect from a medicine that has been extensively tested and used to treat, typically, millions of people. Another thing you probably don’t realise about the adverse reactions on the medicine insert: they don’t have to be proved to have any connection to the medicine. If I got a flu jab and a week later went out drinking I could report that I suffered nausea after the vaccination and it would be counted even though in reality it had nothing to do with it. That’s the reality of how these reactions are reported: they are just things that happened within a certain time after being vaccinated.

The thing is, even if these fictional figures and statistics invented by the anti-vaccine movement were true, which they’re not, there would still be many, many times fewer injuries and especially deaths than would be caused by diseases if we didn’t vaccinate. So looking at it rationally, even if vaccines were dangerous they would still be a hell of a lot safer than catching the diseases. The anti-vaccine case doesn’t hold up at all. No wonder they have to resort to fear, uncertainty and doubt.

My name is Alex. Thank you for listening.

There’s a flag you see a lot in these parts, one that has a lot of associations. With April 23rd, with sport, with nationalism. For me it triggers anxiety because I mostly associate it with loud, aggressive, racist, homo- and transphobic types. The kind of people who would unthinkingly react towards me and those like me with hatred and violence.

I see this flag and I feel unsafe. For all that it is used in contexts that have nothing directly to do with hatred, the fact that it is has corrupted it. It has been a national symbol for such a long time it is no surprise that it is also a nationalist symbol. For me it is difficult to distinguish the mobs of chanting white men draped in the flag whether they are in a soccer stadium or antagonizing some group that is culturally different.

For me this flag is a symbol of hatred and oppression. It is not my flag. 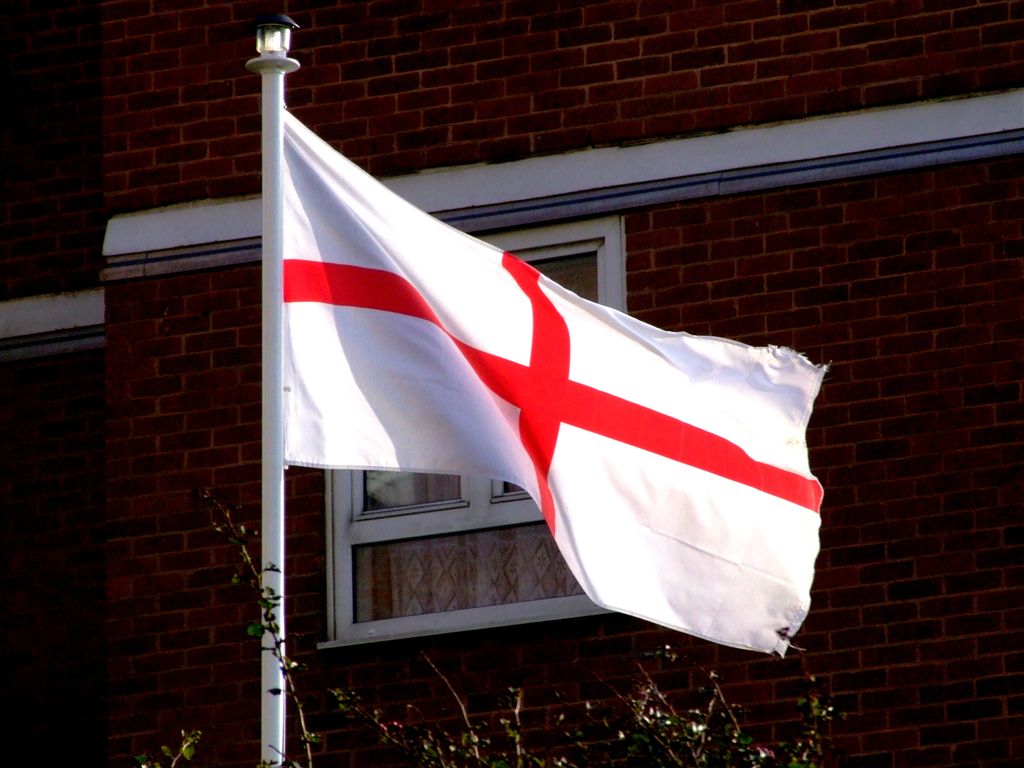 This file is licensed under the Creative Commons Attribution 2.0 Generic license.

My culture is one
Where people
Who look like me
Can stand fearlessly
And express hatred
Of people who look different.

My culture is one
Where terrorists
Are always “them”
And never “us”.

My culture is one
Where freedom
Means the freedom
To oppress and abuse
Anyone different.

My culture is one
Where laws pay lip service
To illusory equality
While turning a blind eye
To casual prejudice.

My culture is one
Where my membership
By virtue of my skin
Brings me shame
Of association.